The Many Facets to Puerto Vallarta

This year will be my third visit to Puerta Vallarta, Mexico. Puerta Vallarta is a vibrant city on the Pacific side of Mexico. It has a population of about 250,000 people. The first time I came here was over ten years ago, and I spent most of my time at a resort. That’s where I realized I am not someone who likes resorts. Way too contrived and restrictive.

From Party Scene to Retirement Haven

There is the party side of Puerto Vallarta that dominates Zona Romantica, with a prominent gay scene. Puerto Vallarta is also a popular retirement destination for North Americans who set up residency here.

These retirees tend to inhabit most of the condominium units in Marina Vallarta. With its palm trees, beaches, and boats, the entire area by the Marina looks more like Southern California than Mexico. The condominiums are modern and well built.

Puerto Vallarta is also popular with digital nomads. Rents in Puerto Vallarta are more expensive than most other Mexican cities, so unless you are okay with renting a room or living far from the city center, it’s tougher making ends meet if you’re starting as a digital nomad without other sources of income.

People are friendly and English is widely spoken. So it should not be difficult to build a community if you intend to be here for an extended period.

Rents are substantially lower where the locals live. There has been a construction boom in Puerto Vallarta since Mexico has been one of the least restrictive. There is also a lot of new construction in up-and-coming neighborhoods such as Versaille. Rents are much higher in the tourist spots like Zona Romantica and where there are more retired expats such as in the Marina Vallarta area.

While rents can be as expensive as any North American city, everything else is cheap. So, if you can find a way to share a place or live away from the core, you can easily live well on USD$3,000 a month.

What You Need To Know.

High-Season. Puerta Vallarta receives most of its tourists from November to end of March. Tourists and expats number about 50,000 people.

Wifi. If you consider moving to Puerto Vallarta as a digital nomad, you must ensure that your rental suite has good wifi. Don’t take this as a given.

Public transport. At only ten pesos be trip, it’s easy and inexpensive to get around by bus. The buses run frequently and efficiently.

Getting around. If you want to make exercise part of your daily routine, most places are about a walk away from all the modern conveniences you may need.

Accommodation. Rents vary greatly. From USD$500 to $5,000 per month for a one-bedroom apartment. They drop considerably the further you are from the beach and the downtown core. Many landlords want a year’s lease. But many don’t require it. Don’t get stuck with one.

Medical care. There are many clinics available if you ever need to see a doctor.

Phones. It would be advisable to get a Mexican phone number. Buying a sim card here is inexpensive.

Storms. The low season tourist months are from June to October. It’s also a time when it can get hot and stormy. If you find it too hot, you may want to visit Vancouver, BC, Canada, which is only a five-hour flight away.

Getting there. One of the most significant advantages to living in Puerto Vallarta is its proximity to Western Canada and the US. Catch a flight from Vancouver International Airport or LAX in the morning and arrive in time to spend the rest of the afternoon on the beach, well ahead of another spectacular sunset! 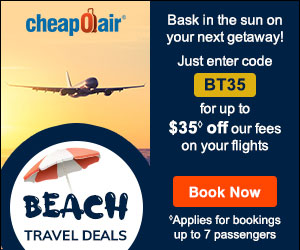